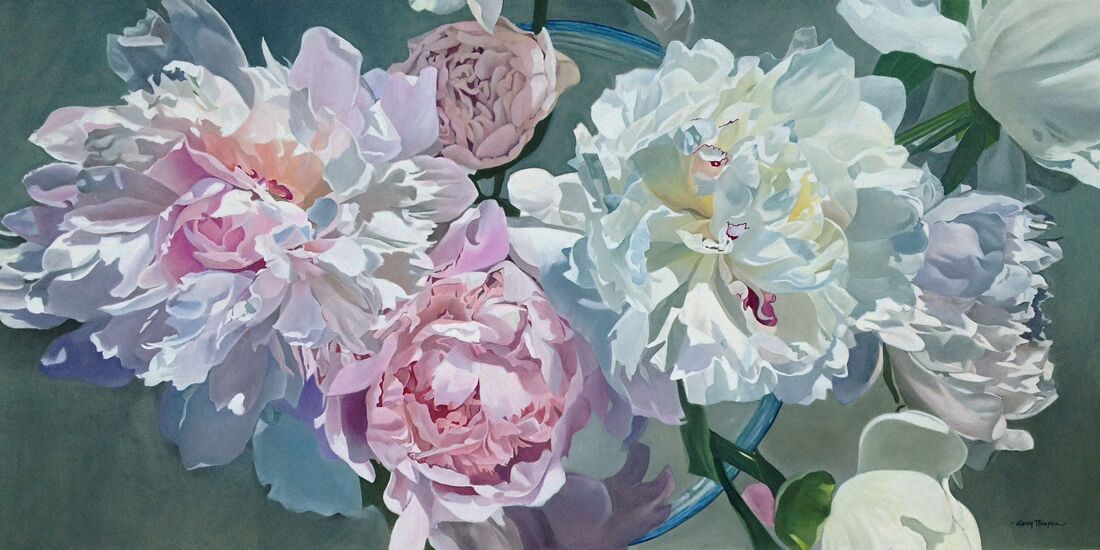 From the day that I picked up a brush my passion for painting has never diminished. I am inspired by subjects with a strong contrast between light and shadow, combinations of natural and artificial light, unique textures, close-up perspective, or even interesting colour combinations. My finished works are realistic in style; my method of creating is to paint abstract shapes

Gerry Thompson was born in and grew up in Vancouver, British Columbia. She spent several years in Alberta, where she taught music at a college and also earned her Associate Degree from the Royal Conservatory of Music as a Solo Performer in piano. During this period, Gerry also discovered a love of painting.

In 1974 Gerry moved to Abbotsford, British Columbia. She continued to teach piano and music theory and played violin in the Fraser Valley Symphony Orchestra. Continuing her art education, Gerry graduated from Fraser Valley College, majoring in Painting and Printmaking.
​
She is featured in many local, national, and international publications. The International Artist Magazine has featured Gerry in several issues, one of which profiles her as one of the artists describing “inside the studios of the world’s best artists”. The eight page article was titled From Abstract to Realism. Also included with her several awards in International Artist magazines was her achieving the Grand Prize for her painting, The Gathering #3.

Teaching painting for many years, Gerry has traveled to many locations, both nationally and internationally. Her creations are a result of these rich experiences as well as her daily life in her own world.  Still life, architecture, portraiture, marine, landscape…….all subjects that she paints with excellence. However, her love of flower painting is the closest to her heart. She has often been teasingly called  Georgia O’Keefe because of her large organic floral compositions.